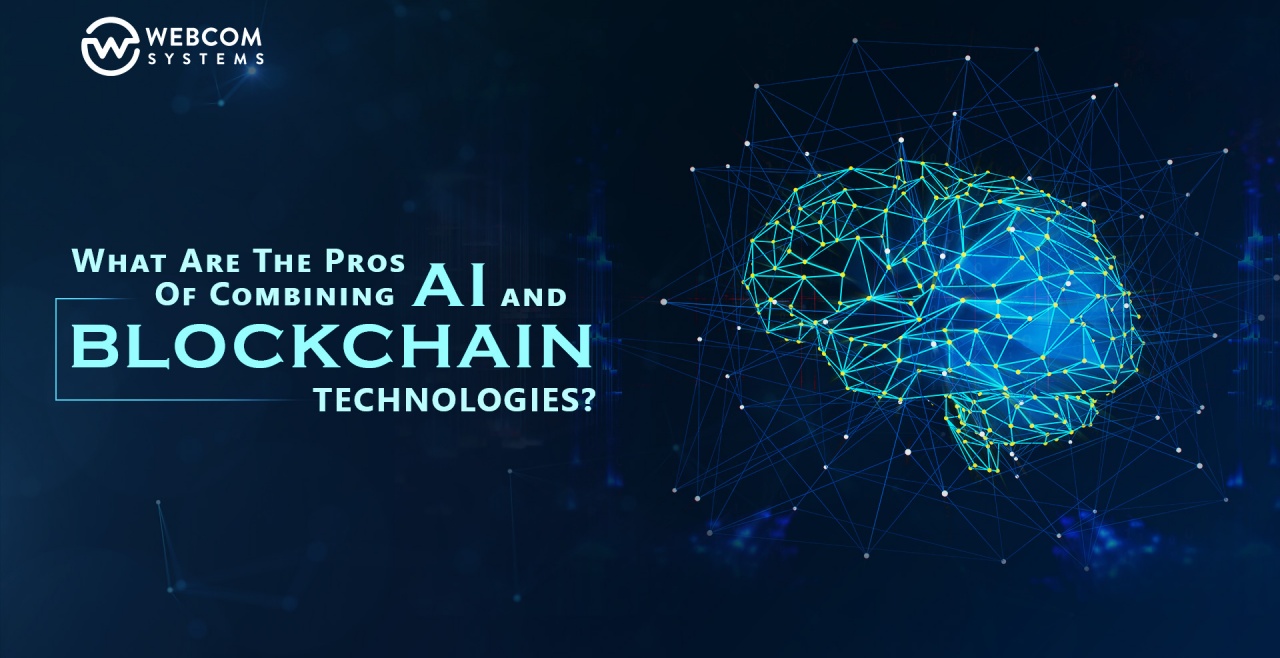 What Are The Pros Of Combining AI And Blockchain Technologies?

IT industry is constantly buzzing with new technologies to match the solution requirement of users and companies. Many technologies come and go, but one breakthrough technology that is here to stay is – Blockchain.

Before you start scratching your head and get puzzled with this new IT jargon, here is a straightforward and short explanation of the new technological advancement in the tech world.

A blockchain is a decentralized form of database, existing in several systems at the same time. Let’s put it this way- the technology offers a secure way of storing data in different locations at the same time to encourage the use of the data without any unauthorized modification or tampering.

In simpler words, Blockchain is a chain of blocks containing important data.

What Are The Major Attributes Of Blockchain Technology?

It is imperative to understand the major attributes and possibilities of Blockchain development before we directly jump into a wide variety of industry applications.

So, here are a few facts and characteristics of Blockchain that distinguishes it from several technologies:

Why Is Blockchain Bringing A Paradigm Shift In Several Industries?

The success of the technology resonates in all industries where data is the primary asset. The financial industry, cryptocurrency, healthcare, gaming and many such industries are utilizing the concept of a secure and distributed ledger.

What Are The Pros Of Combining AI And Blockchain Technologies?

Merging two of the most glorified technologies can sound complicated and gibberish to the ears. But, guess what- AI and Blockchain association has turned out to be a promising venture in several businesses. Right from the healthcare industry to the food industry benefitted from the power-packed pair.

While Artificial intelligence accomplishes replication of intelligent tasks previously achieved by the human brain, Blockchain offers a network of safe and secure records in an immutable ledger structure.

Many companies are already diving in the sea of AI and Blockchain, however, even though the first trials look convincing, the concept is still at a very nascent stage and requires more testing.

Webcom Systems is one of the leading blockchain development company in India. Webcom Systems is dedicated to bringing the innovative Blockchain exchange development Services to allow extremely secure and custom solutions that meet the individual case of client requirements. Work with us to experience the most timely and professionally addressed Blockchain Exchange Platform.