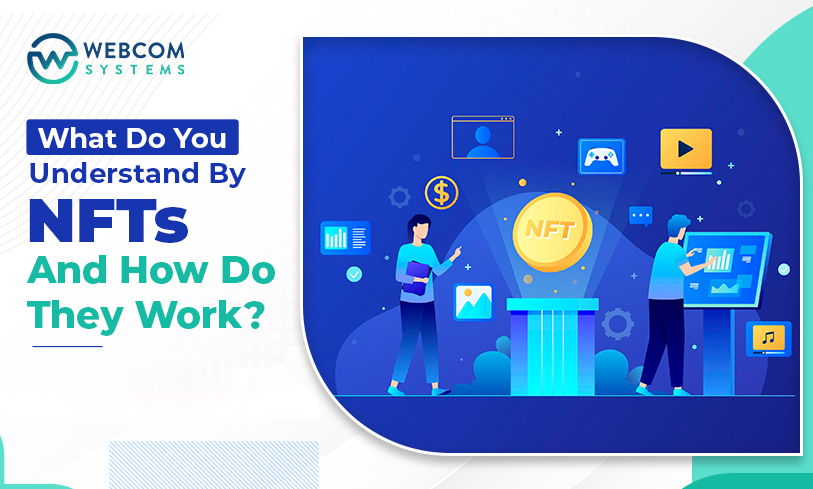 What Do You Understand By NFTs and How Do They Work?

An astonishing $174 million has been spent on NFTs since the year 2017. Yes, it’s hard to believe but it’s true. An NFT(Non-Fungible Token) is a digital asset that marks the identity of real-life items like art, music, videos, and in-game items. These unique assets are attached to a specific value with a certificate of authenticity. This means that even if they appear online, they cannot be easily replicated. Well, you must be asking- Why is that?

Okay! Let us help you. Each NFT exists on a decentralized digital platform that is based on Blockchain Technology. These blockchain transactions are written and well-distributed on a digital ledger. And, this ledger records every NFT transaction. But, are NFTs worth the money, or is it only a hype created? According to many specialists, it is here to stay for a long while others refuse to state that.

What are NFTs(Non-Fungible Tokens)?

It won’t be wrong to say that it is a unique identifier that can’t be copied, substituted, or subdivided that gets recorded in a blockchain. Besides, it is used to cross-verify the authenticity and ownership of a particular digital asset. NFTs are rare and one of a kind that has unique identifying codes. Many NFTs have been digital creations that already exist in some form, for example, iconic video clips from NBA games or digital art’s securitized versions. 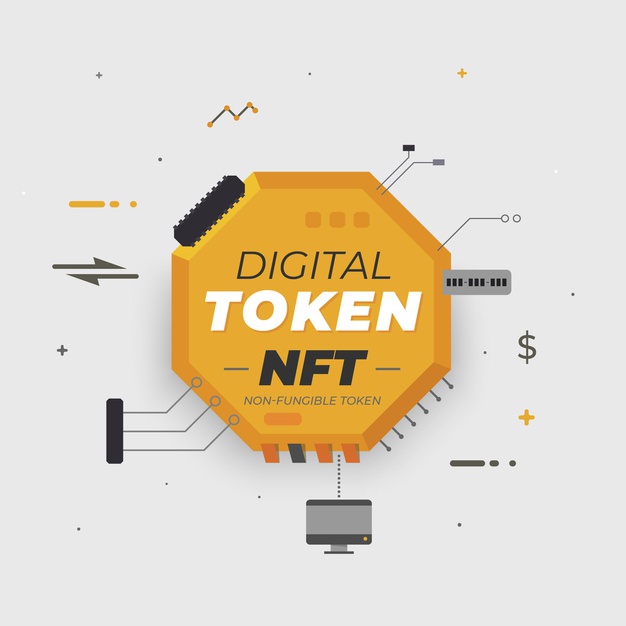 Is it still hard for you to understand NFT? Don’t worry, you can better learn with a real-life example. Mike Winklemann, a famous digital artist designed a composite of 5,000 daily drawings to create a mind-boggling NFT of the moment i.e EVERYDAYS: The First 5000 Days. to your surprise, this was sold for a whopping amount of $69.3 million. You might be asking yourself why to spend such a big amount when images can be downloaded and viewed for free online? Here is the answer, an NFT permits the buyer to authorize and own the original item. Besides, it does built-in authentication which acts as proof of ownership. Does it make sense now?

What Is The Difference Between an NFT and a Cryptocurrency?

Though the programming behind both platforms is nearly the same, they are still different from each other. Cryptocurrencies or physical money are fungible; meaning that they can be exchanged and traded against one another. Simply put, its fungibility makes a user put their trust in it as a reliable means of conducting transactions on the blockchain.

On the other hand, NFTs are non-fungible. Each NFT has a digital signature that makes it almost impossible to be exchanged or traded on equivalent terms to one another. For instance, you cannot compare NBA Top Shot Clip with every day although both are NFTs. In fact, an NBA Top Shot Clip might not be equal to another NBA Top Shot Clip as a piece of matter. We hope we did a good job in explaining that, isn’t it?

How Does an NFT Work?

By now, you must have understood that an NFT exists on a blockchain. It is a distributed ledger that records transactions. Particularly, NFTs are typically held on an Ethereum blockchain, although they get support from other blockchains as well. An NFT holds both tangible and intangible assets like GIFs, Art, Videos, Sports Highlights, Collectibles, Music, and Designer Speakers.

You won’t believe that even your tweets can count as an NFT. The Co-Founder of Twitter ‘Jack Dorsey’ sold his first-ever tweet as an NFT for even more than $2.9 million. NFTs exclusively belong to one person which means NFTs can have only one owner at a time. The owner or NFT creator can even store lots of information inside it. For example, artists can send their artwork by incorporating their signature in an NFTs metadata.

What is the Usage of NFT?

With Blockchain technology, NFTs afford content creators and artists to monetize their assets. You can understand this by an example, with an NFT an artist won’t have to depend on auction houses or galleries for their art selling. Instead, it can be directly sold as an NFT to the consumer. Having said that, artists also become eligible for royalties so that they receive a percentage of sales when the art is sold to a new owner.

Not only art but brands like Taco Bell and Charmin have auctioned off themed NFT art for charity collections. With the maximum bids starting at $3,723.83, both were able to sell non-fungible toilet paper and NFT art within minutes. There are many more examples by which you can understand the rising craze of NFTs in people. In addition, big Hollywood celebrities are showing interest in releasing artworks, memories as securitized NFTs. isn’t that great?

By now, you must have realized that the biggest impact an NFT can make in the coming future. Having said that, our Webcom Systems, an NFT platform development company, is striving to lead NFTs as well as user-owned digital goods, encompassing gaming items, collectibles, digital art, domain names, and other crucial assets backed by blockchain technology. Apart from that, we offer a platform that includes enhanced flexibility, flexible auctions, and lower transaction fee in all.